Pasta with seafood is one of the most scrumptious comfort foods to order when dining out. It is my favorite go-to entree for a special occasion like a birthday or anniversary. Now you can have a healthy Weight Watchers shrimp scampi with or without linguine right at home. With the noodles you get 3 WW points and without you get 0!

This shrimp dish is a total winner and can be made in less than 20 minutes. Plus you get 3 hearty portions, so it’s a great candidate for meal prep. The key to making this recipe healthy is to substitute a few ingredients and proper portion control.

Traditionally, shrimp scampi is made with a lemon-garlic-butter sauce and served over a large portion of linguine or another type of pasta. We replace the butter with cooking spray and “sauce” with chicken broth. This results in a lighter, yet equally delicious meal. 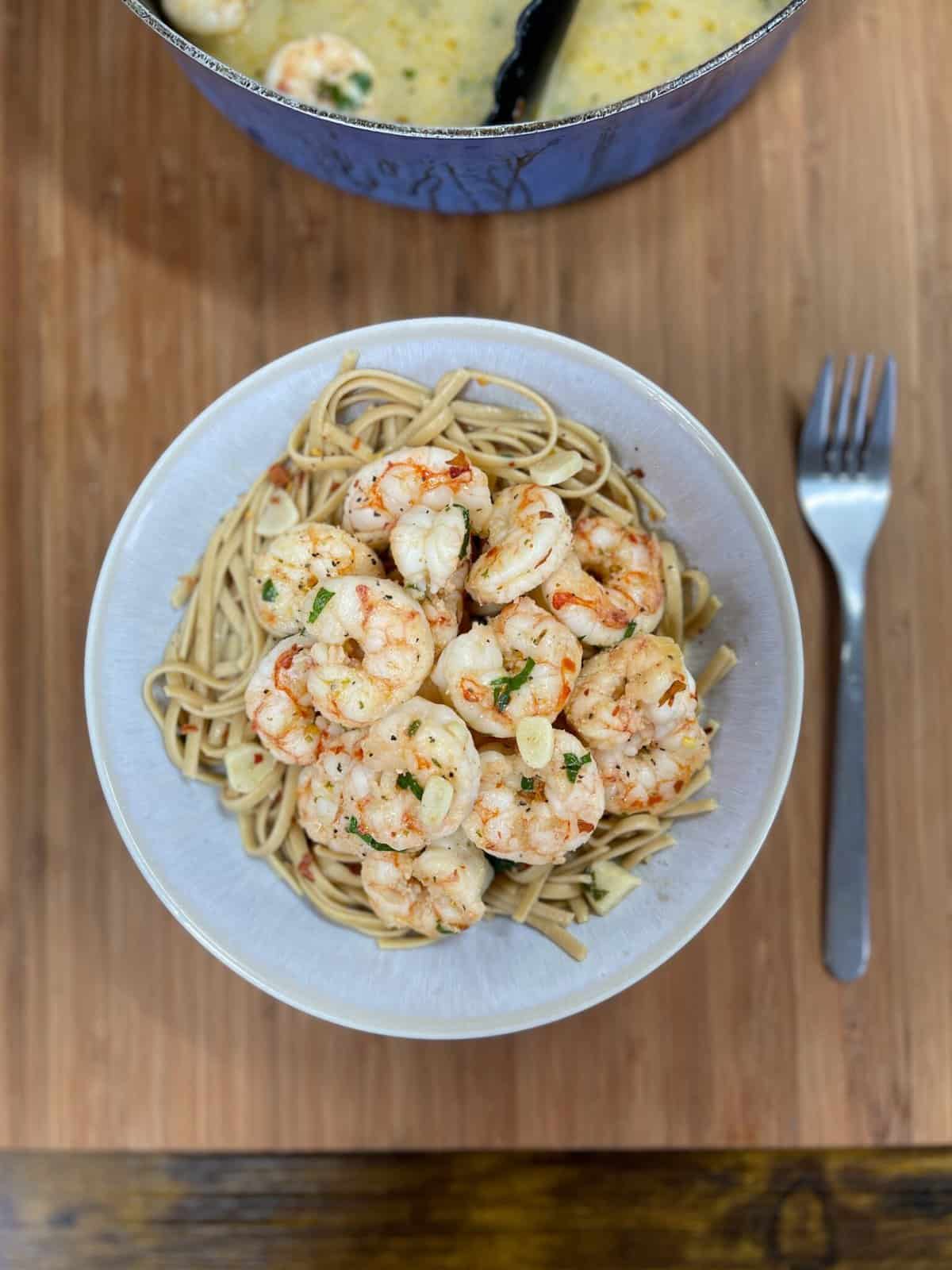 Why you should try this Weight Watchers Shrimp Scampi recipe 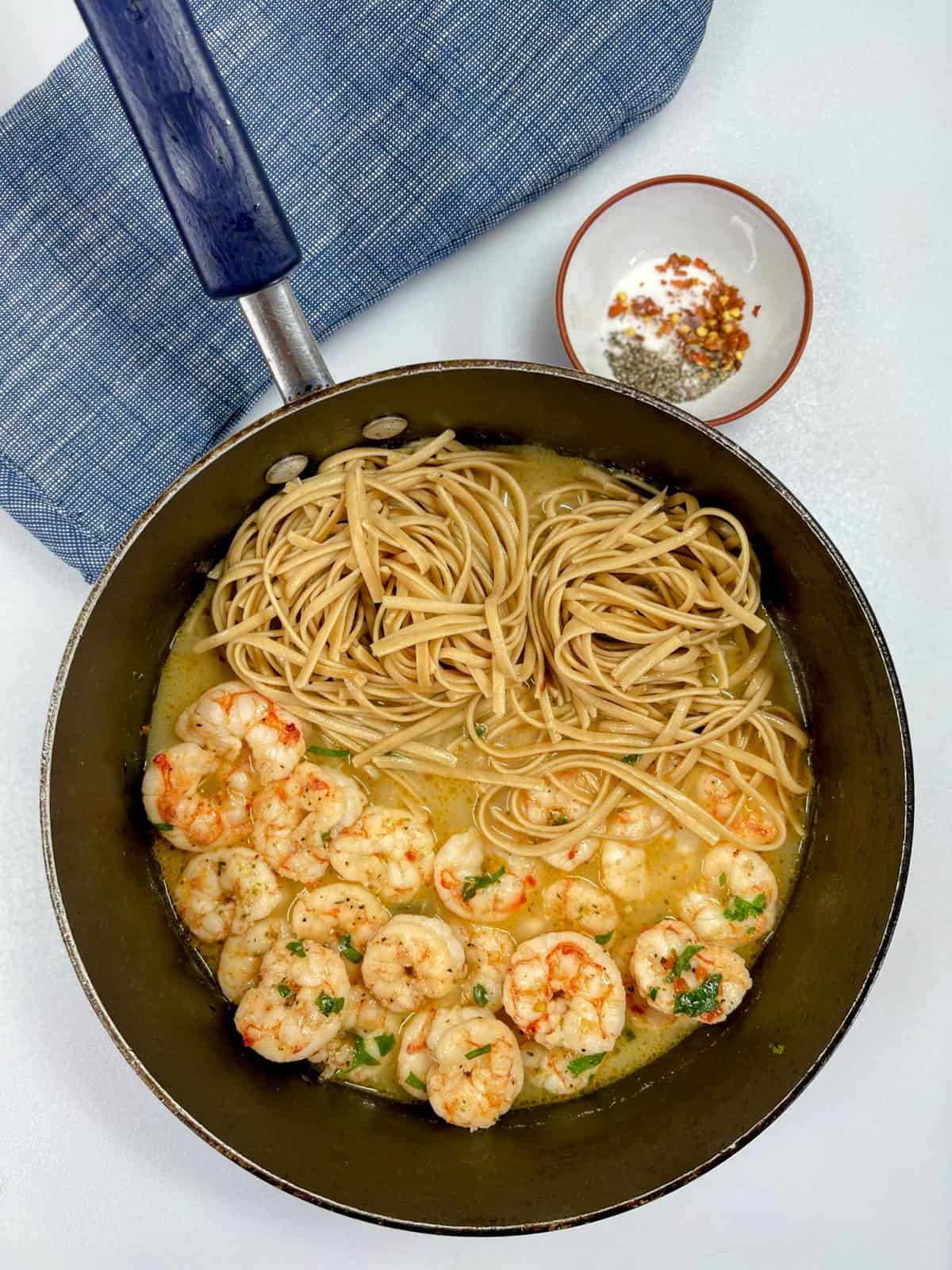 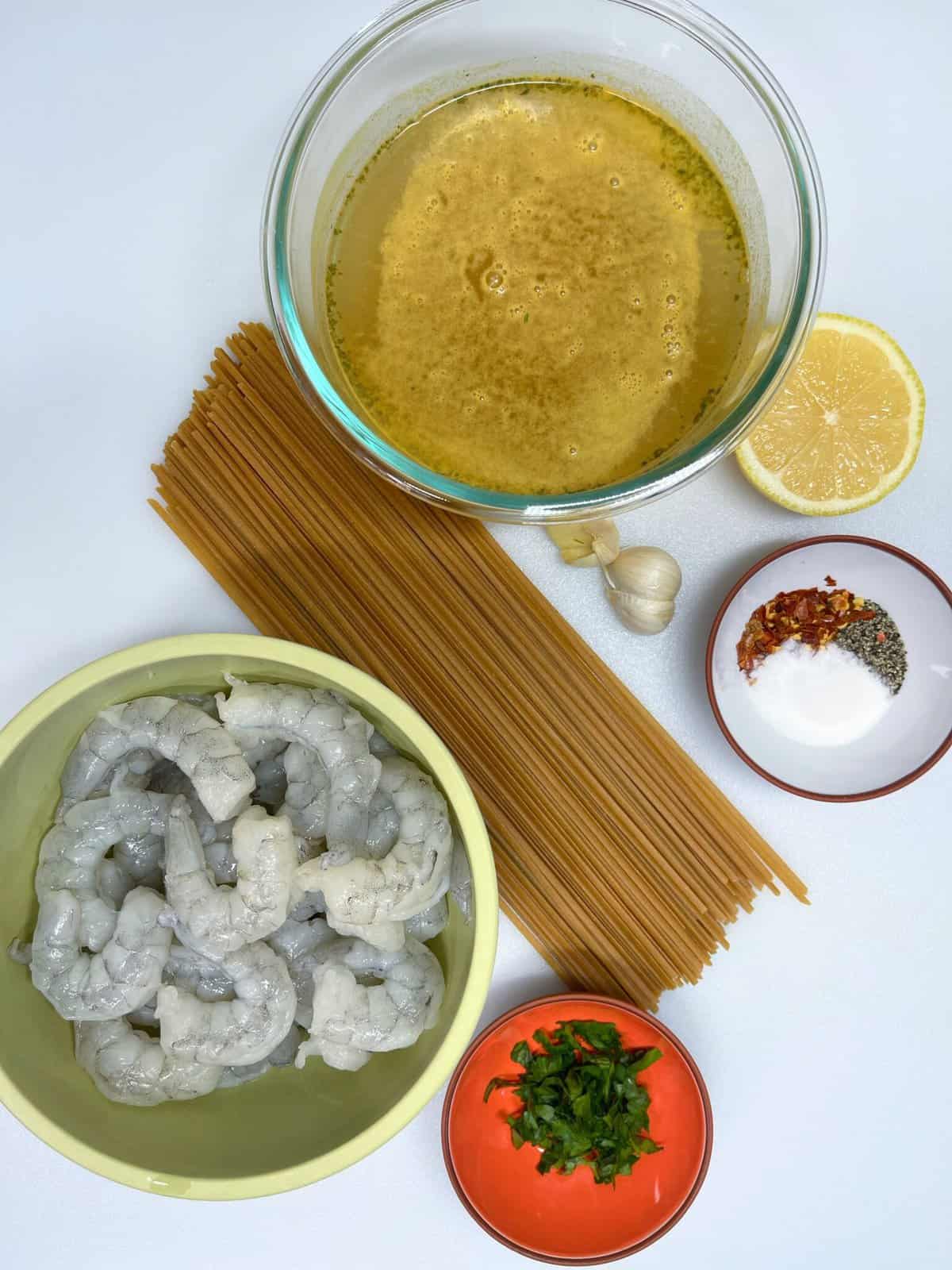 How to make healthy shrimp scampi (step by step) 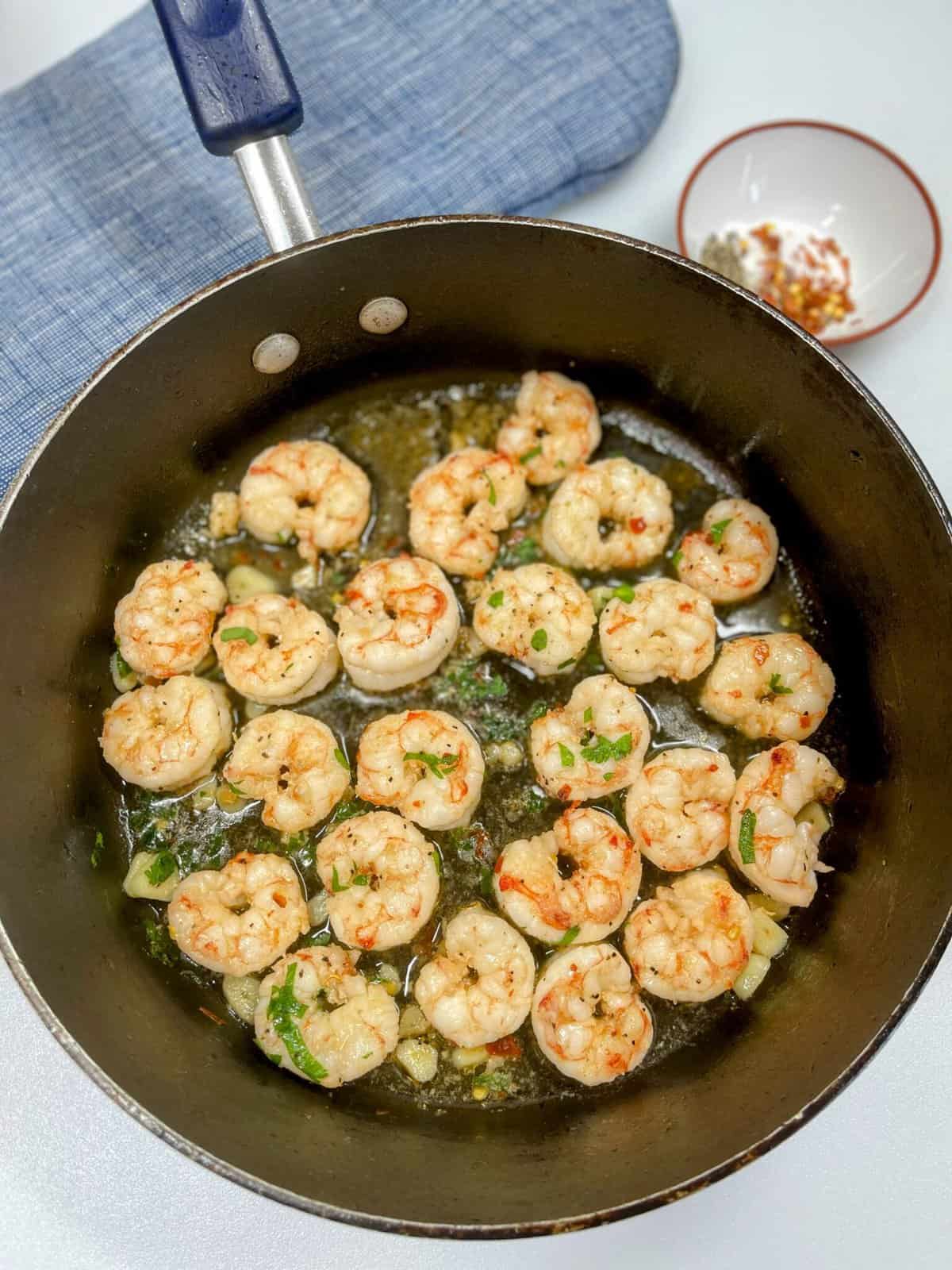 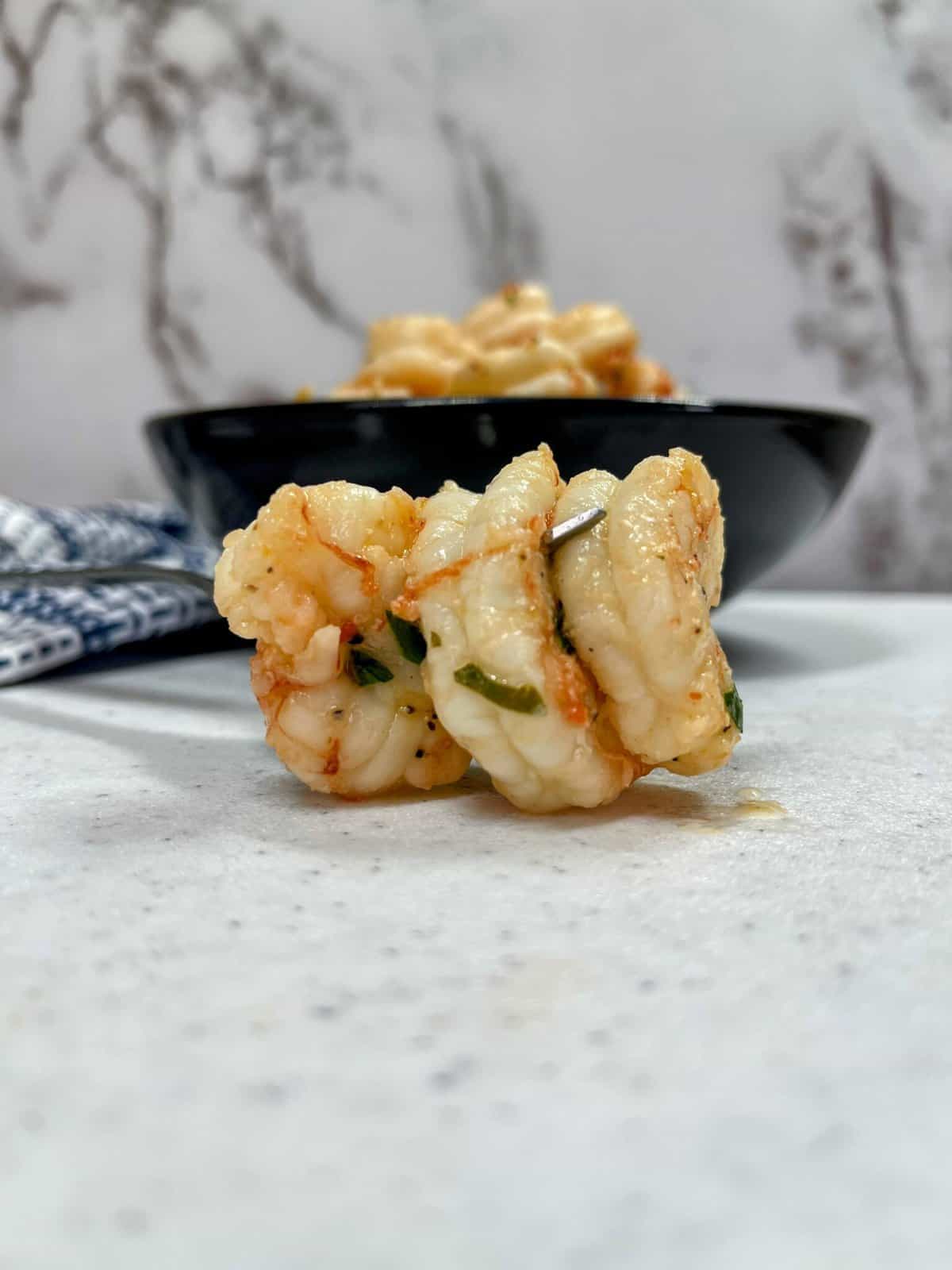 Can I use pre-cooked shrimp?

Yes you can use precooked shrimp from the deli or frozen food section. In that case simply sauté the garlic then stir in the spices. Once the garlic starts to brown, pour in the broth and reduce it down. Add the shrimp in at the very end to simply heat it up and marinate it in the flavors. Cook the linguine the same way and serve!

No one particular person is known to have invented shrimp scampi that we know today in the US. It’s one of those creation’s invented by immigrant cooks who adapted Italian techniques to American ingredients. In fact “scampi” are tiny, pale pink, lobster-like crustaceans traditionally sautéed in Italy with olive oil, garlic, onion and white wine. Italians in America simply swapped “scampi” for shrimp! 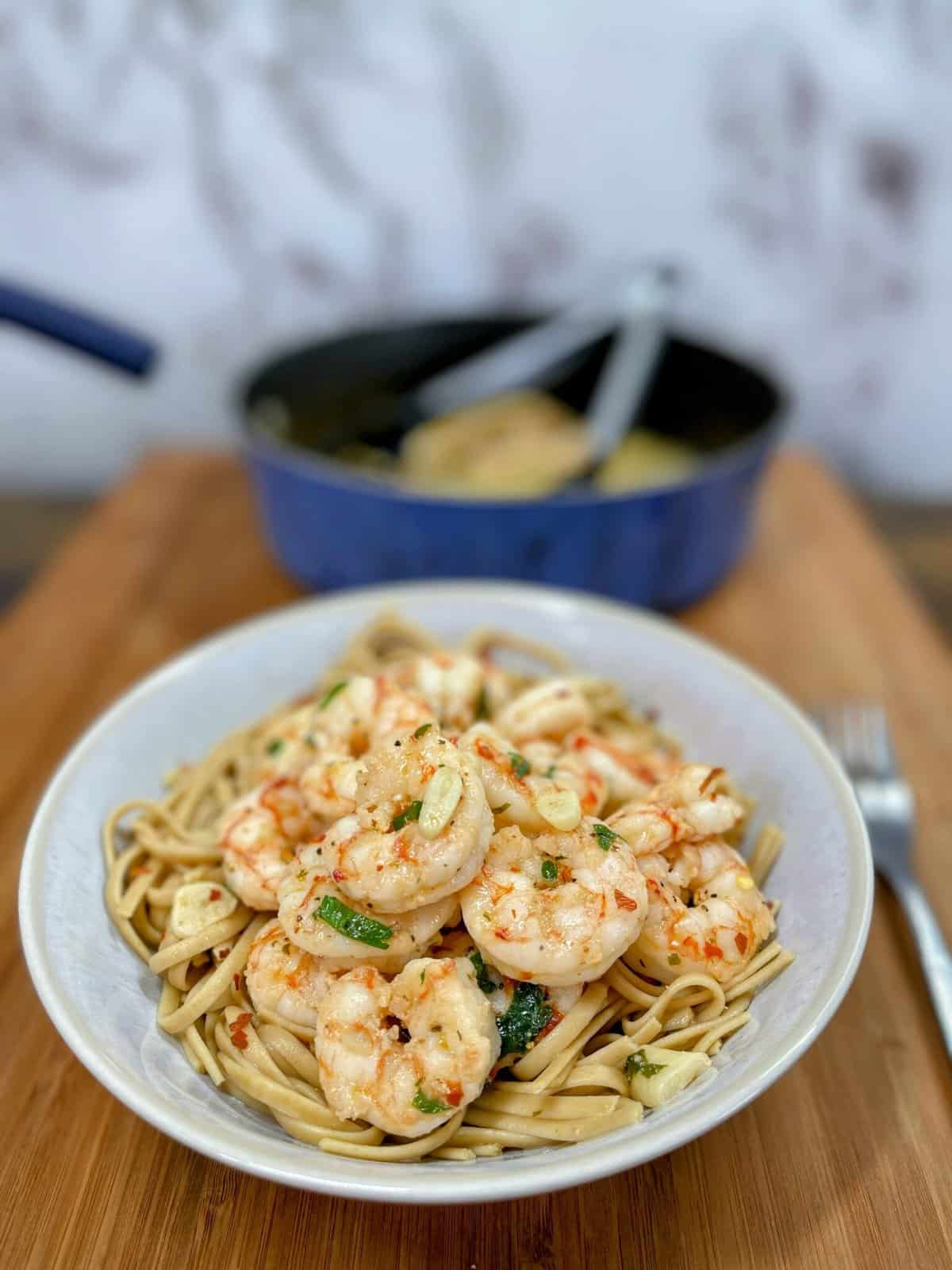 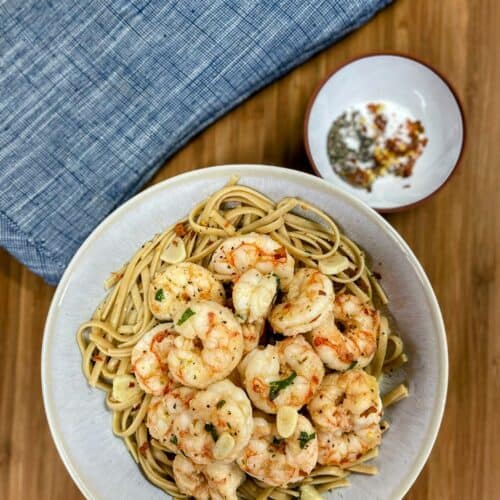 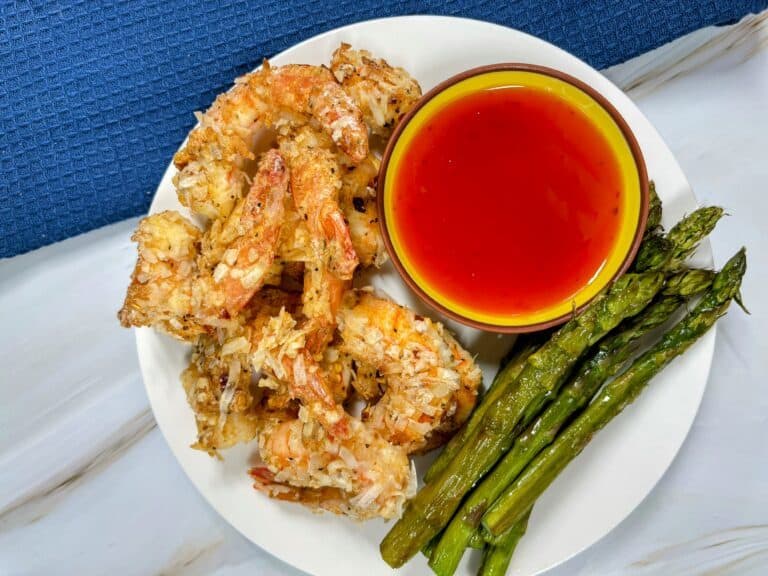 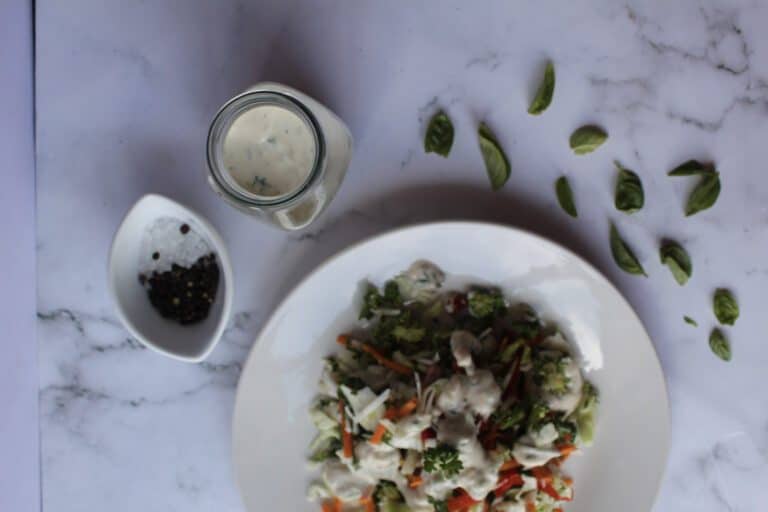 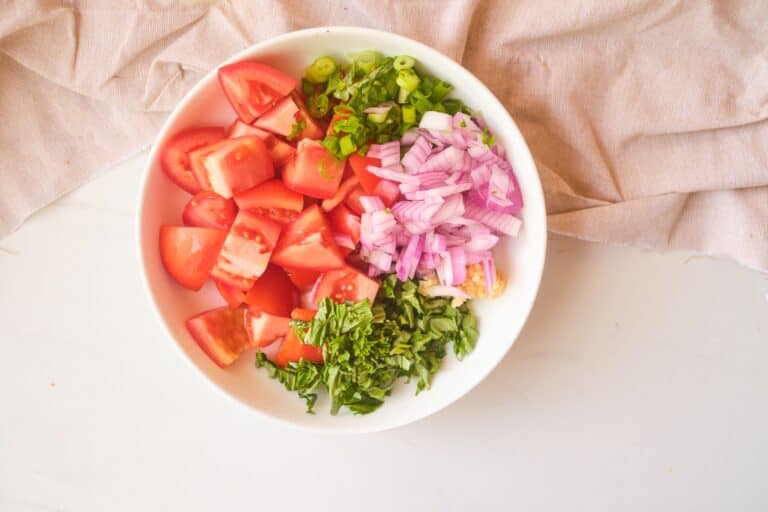