I have learned along the way that there are “wanters” and “doers” and I spent over 10 years wanting to lose weight but not actually doing anything about it.

I can’t say I have always struggled with weight, I was pretty average growing up, more on the smaller side. It was when I hit my 20’s that I quickly learned a lifestyle of drinking and bad diet can very easily put on the pounds. Unfortunately that’s how I lived out more than half of my 2o’s, always about 20 pounds overweight. In my mid to late 20’s I joined weight watchers with a friend and very easily and very quickly shed the extra weight. I hit my goal, which at the time was 130lbs, and maintained it with ease. I was married at 28 and very happily walked down the aisle still at my 130lb goal weight. At the age of 30 I became pregnant with my one and only child. Prior to getting pregnant I had let things slide, because I had the terrible mentality of “well I am trying for a baby, and I am going to gain weight anyway so I might as well just enjoy what I want, I will lose it after the baby” . I had put on 30lbs in 6 months, before getting pregnant, I gained another 38lbs with my pregnancy, leaving me at 198lbs. I remember deep down it was killing me that I had put on 68lbs, and I would try to blame it on the pregnancy, but I knew it was a result of me getting out of control and losing that motivation and commitment I had once had.

My daughter was born in 2003, and I shed a little weight afterwards but stayed at a steady 180-185. I remember “wanting” to lose the weight so bad, and I tried, I would join weight watchers and be all guns a blazing and pumped to start and then boom, 2 weeks in I would have a bad day, which turned into 2 bad days, then a bad week and I would sabotage myself and say I will try again next month.. This was a vicious cycle for 8 years. I tried all different kinds of weight loss methods, and I would do the same thing to myself a few weeks in but then blame the method for not being right for me. No, truth was I was not “doing” anything about it, I was only “wanting” to lose weight. In 2011 I once again (for the umpteenth time) joined weight watchers, at this point I knew that was what I had the best success with if I could just commit and put in the work. And I did… I found that spark, and I didn’t sabotage myself, and I kept going and as a result lost 30lbs, I was on fire (so I thought) I still needed to lose 20lbs to hit goal but I “wanted” to hit it so bad… Then I lost it… I lost the fight, I fell back into old habits, I let one bad day turn into a bad week, a bad month, and before I knew it 6 months went by and all that 30lbs lost was right back on..

I beat myself up for a few years after that, and very easily fell into a depression when it came to my weight. I didn’t want to go out, I would avoid parties and such when I could. I refused to shop for clothes because I didn’t want all the emotions that came with it. I was a mess! Over the holidays of 2013 I turned to social media for inspiration, and boy was a surprised at just how much I found. I decided that once and for all 2014 would be my year, so on January 6th 2014 I walked into a weight watchers location and swore to myself this would be the last time I walk in to start all over again. Ten months later I hit my goal weight (which I had increased to 140) and almost 2 years later I am maintaining that weight.

So the million dollar question…. “how did you do it?” I get asked that a lot, how did I do it after all those years of struggling, where did I find the motivation, how do I get past temptation.. In simplest terms.. I stopped just “wanting” to lose weight and I finally just did it! There is no free ride when it comes to weight loss, no one to do it for you. At the end of the day it’s you and only you that can make it happen, you decide what goes in your mouth, you decide if you’re going to be active. This time around I set rules, something I had never done before. First and foremost I said no eating out, I was addicted to fast food and this was really hard for me to accept but I knew I had to stop. In a 6 month period while I lost the bulk of my weight I had dinner out once, to celebrate a friend’s birthday. Was it easy? Absolutely not, each passing weekend the old me would think “oh we can go out for dinner this weekend, or we will grab take out” but there was no reason why I couldn’t cook at home and make better choices, going out for dinner was me being lazy and I needed to accept that. I became way more creative in the kitchen and it got to the point where I didn’t crave those meals from my favorite spots, I wanted to go home and cook my dinner, and stay within my points, and that is exactly what I did. Another big factor was not restricting certain foods, restriction did not end well with me, if I said “no” to certain things it only made me want them a thousand times more and eventually I would give in. So I said YES, yes to chocolate, yes to cookies but I learned when to say “enough”. I realized that saying yes and learning when to stop was way easier than saying no and then caving bad a few days later and continuing that path over and over. During my journey I ate something decadent every day, yup that’s right every single day, and as a result I never felt deprived. I also took the time to play with my food, make it look presentable and I felt so much more satisfied after eating. So I continued to “do” the work, track my food, prep my days, stay within my points and each and every week I lost, some bigger than others but always a loss. I did not let myself fall of track and the scale showed that, I never had a gain right through to hitting goal. I did it, me, myself and I, no one else.. Sure I had tons of support and inspiration galore, but I did the work..I decided what I was eating each day, I decided to get up of the couch and go on my daily 5-8km walks, which by the way is all I did for exercise, so it doesn’t have to be all about going to the gym.

I remember always having that dreadful thought in the pit of my stomach that this is going to take forever, and a lot of times I let that win. Rome was not built in a day, and you won’t lose weight over night, but if you don’t start now then when? Do you want to be feeling exactly the same in a year from now, because that year is going to come and go regardless of what you choose to do with it. I can’t imagine sitting here now as that same person I was in January 2014, and I could not be prouder of myself for finally saying “that’s it, I AM doing this!” Losing weight is one thing, and a hard thing at that, however maintaining is a lot harder. Again, there is no free ride, you can’t just “want” to maintain your weight loss, you have to continue to “do” so. I still continue to put in the work each and every day, I track my food, I do my walks and I will continue to do so for the rest of my life. Do I have bad days.. of course, sometimes I have a few, but I have learned along my journey that a bad day or two will not take away all the hard work I put into losing the weight. So I get up and I shake it off and I “do” the work. I leave you with this.. Stop “wanting” to lose weight, I see so many say “I really want to lose weight but I don’t know how” and it really is as simple as just “doing” it… get out there and do it.. put in the hard work, commit everything you have, and success will follow. We are given one life to live… so go make it count! 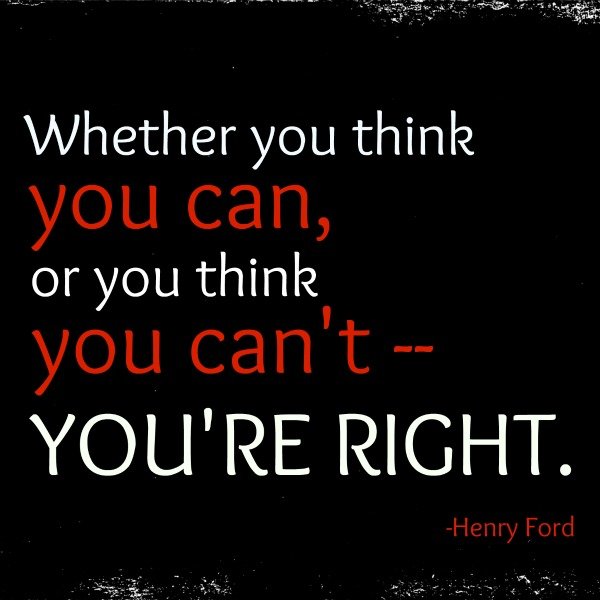 This can not be any more true… If you don’t think you can do it, you won’t, simple as that.. So tell yourself I CAN do this, and I WILL do this! 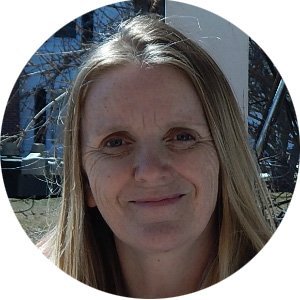 Hi, my name is Kate. I'm a lifetime weight watcher member who struggled for years to lose weight. In January/2014 I finally found my fight to lose the 50lbs I had been holding onto for far too long. I achieved that goal 10 months later. Along the way I found a passion for baking and creating weight watcher friendly foods. So here they are for the world to see! 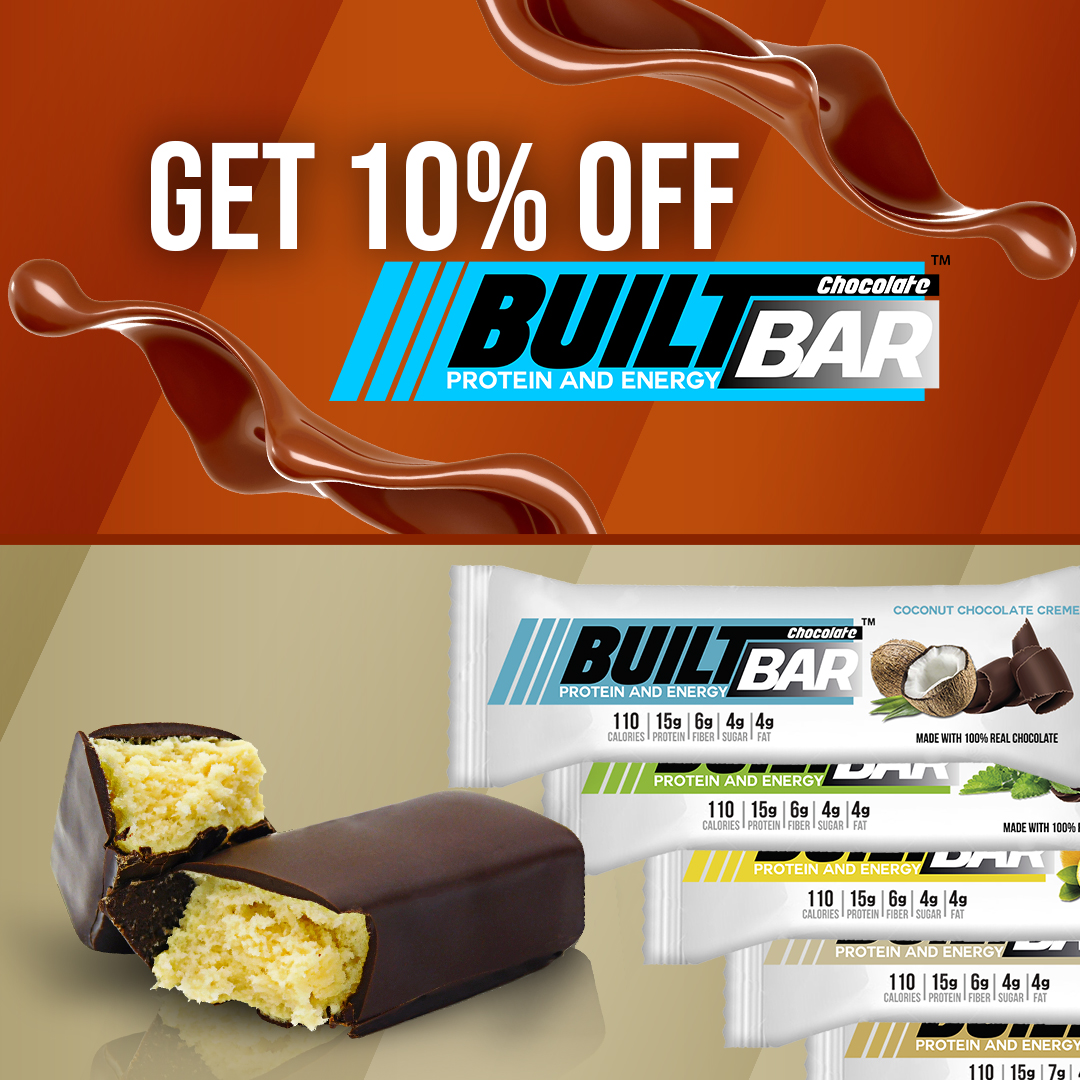